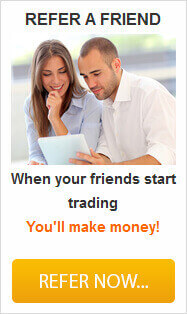 What is the Forex Market

The forex market (foreign exchange or currency trading market) is both big enough and independent enough to resist being governed by any one factor. Different economic, political and also psychological factors will influence it, but none will dominate it. The law of supply and demand plays an important part. When demand goes up for a particular currency (for example, when investors believe that its value is set to increase) or when supply goes down (possibly because of government intervention), the price or exchange rate of that currency tends to go up as well. Similarly, demand that goes down (prospects for the currency are not considered to be good) or supply that goes up (a government printing more money) both tend to depress the exchange rate of that currency.

The forex market also responds to what people consider (rather than know definitively) to be the relative values of different currencies. Forex traders in particular form their opinions in two ways: "fundamental analysis"; and "technical analysis". The first is analysis at a macro-economic level. The laws of economics exist and can be applied. Fundamental analysis is also a matter of experience and judgment in assessing for example how developments in countering inflation in a country's economy will affect the exchange rate of its currency. The second, technical analysis, is analysis at a micro-economic level, taking into account only the past activity and trend of a currency's exchange rate in order to model and predict what will happen in the future.

Forex market fundamental analysis uses a range of different sources of information which may be official or unofficial to understand and forecast forex market trends. Many of the sectors of economic activity in the world are correlated with different currencies. The oil industry for example is currently a "leading indicator" for the exchange rate of the Canadian dollar compared to that of the US dollar. When the price of oil goes up, the US dollar loses in its rate of exchange ("weakens") compared to other currencies, because the US is heavily dependent on imported oil. Higher oil import costs have a negative effect on the US economy, which is then translated into a weaker US dollar. On the other hand, oil is Canada's main export, with Canada currently ranking number six in the world in terms of greatest oil production. Oil prices going up mean more money flowing into the Canadian economy and a stronger Canadian dollar.

In the forex market technical analysis, the approach is different, not only in what information is used, but also how it is used. Technical analysis only takes into account the previous exchange rate history of a currency, or in other words the way the price has changed with time. For this reason, technical analysis makes considerable use of graphs that plot the changes as a line moving up or down from left to right. A wide variety of mathematical tools exist with which to analyze what has happened and predict what will happen to the line on the graph. These tools may be more or less complex to apply, although using a software application on a PC gives immediate results on a continuing basis, for example minute by minute. The result must then be correctly interpreted for the best chance of predicting a trend or a future currency rate. Often tools are defined with certain limit points for the results to help a trader take a forex trading decision according to whether the result is over or under the indicated limit. These tools can help a trader to spot trends earlier or they can help to confirm that a trend is indeed underway, but they cannot do both. Traders often use a selection of tools that best meet their trading style and strategy, and compare results from the different tools to see if they all agree.

While it is possible to trade in the forex market using only fundamental or only technical analysis, a combination of the two may yield the most profitable trading results. Traders who are also aware of psychological aspects of the market have an extra advantage. Forex market psychology can be seen in diverse situations, ranging from subdued reaction to economic news to panic buying or selling of particular currencies. An example of a more controlled reaction to economic news is a so-called "flight to safety" movement in the market, when an economic situation suggests that investing in a "safe haven" currency such as the US dollar because of underlying economic strength or the Australian dollar because of its strong correlation with gold (a safe haven commodity) will bring better results than risking investment in more volatile currencies.

Intervention in the forex market

Panic buying or selling of a currency in the forex market may be triggered by news released by a country or a region, but is fueled by other traders following the movement of the first traders. The extent to which a currency can move either up or down will be determined by the economic and political situation of the country concerned, the influence of the country in the global economy and the emotions of forex market traders (fear, doubt, optimism and so on). Governments can influence the exchange rate of their currency by using measures such as changes in central bank interest rates. In extreme cases, a government may intervene to stabilize an exchange rate by buying back its own currency to increase demand, or by fixing albeit temporarily the exchange rate of its currency.